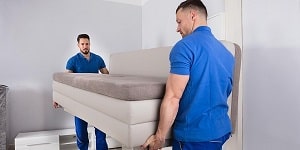 Have you decided to move home to Mackay from another town or city in Queensland? Or maybe you are moving to Mackay from another state or Territory? Whatever the need is to move to Mackay in North Queensland. Getting furniture movers that specialise in home moving services will save you a great deal of time and money. Not to mention the stress moving home can cause. Removalists like DLM Removals take care of all the hard stuff. Moving home requires some skill, techniques that are only learnt by handling, loading, unloading, and transporting furniture and goods every day. That’s what a good furniture moving company provides. So just think about that if you are thinking about moving home to Mackay from another part of Australia.

Another great feature a good Mackay moving company will provide is the packing and unpacking services which can be included with any home moving service to Mackay. Our removalists are good at handling and moving furniture of all sorts, but what makes us even better is the fact that we can pack and unpack all the smaller items required for transport. Such as kitchenware, toys, linen, books, miscellaneous items and just about anything that needs to be packed. Packing loose items is the safest way to ensure those items don’t break, get damaged or lost. It’s no good to just assume that small items can just be placed on a truck and transported. Usually, if it fits in a box, it should be packed into a box. That may take up a little more room but will travel better and help the load be more secure. 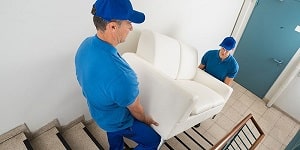 Removalists like DLM Removals help you move home by handling, loading, unload, transporting all your home contents to Mackay from another part of Queensland, New South Wales, Victoria, the Australian Capital Territory, South Australia, Western Australia, or Tasmania. That means you will only need to pack your own goods if you do not request pre-packing services, and grant access to our removalist at both the pickup location and the delivery location in Mackay. It’s a straightforward process for a dedicate Mackay removalist company. It’s easier to move home to Mackay with a Queensland based moving company that not only provides regular home moving services to Mackay but the process will save you time and money. Hiring your own truck to move yourself can cause more stress and financial burden than needed. There are hidden costs with hiring your own truck such as bond deposits, insurance, equipment hires and then there is the time it takes for you to organise all your own furniture items and goods, load those items and then transport them from A to B. With a long-distance Mackay moving company like DLM Removals, it’s a much more straight forward process where we assign a removalist that is trained to move all your home contents including heavy items such as pool tables, pianos and more.

Getting Organised to Move to Mackay 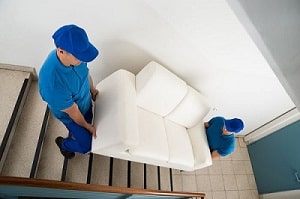 To get started with your move to Mackay, you should understand what you want moved. Making a list of items in correlating to their rooms is a good place to start. List furniture items and an estimated number of boxes for each room. Another tip is to get some stickers to label the boxes for each room. You can get box labels from Bunnings or make your own. You can also add other details such as name, contact number and you can add the booking number once you have booked in your move to Mackay. Dismantling furniture items that may break otherwise is another goods idea. Some removalists will do this first to ensure a safe and secure load for transport. Others will load securely with the furniture intact. It goes without saying that a modular lounge will need to be separated for loading. Find removalists online that service both your pickup locations and the delivery location you want. Removalists who regularly do moves between those places will be able to provide the most cost-effective moving service which will also be more reliable. Once you have accepted a quote, book in your move.

Share loads or backloading to Mackay is just like getting a removalist to Mackay. With the space available on our removalist truck transporting furniture and other goods for home moves to Mackay, we can provide a cheaper, more affordable home moving service to Mackay from all over Australia. Backloading removals has grown in popularity for both residential and business purposes. Utilising the space available on trucks moving furniture and goods to Mackay from all over Australia. Including different towns and cities across Queensland, New South Wales, Victoria, South Australia, and Western Australia. The process is a good way to move small to large amounts of furniture and goods including boxes and even heavier items such as pool tables and pianos.

Moving long distances to Mackay with a furniture backload service is a cost-effective method for moving. Backloads can be done from all over Australia including backload removals to Mackay from different towns and cities across Queensland, New South Wales, Victoria, South Australia, Tasmania, the Australian Capital Territory, Western Australia and the Northern Territory. Request pre-packing services with any Mackay backload or use our Packing Tips & Recommendations and get yourself organised for our backloading removalists.