GET YOUR MELBOURNE REMOVAL QUOTE BELOW

Melbourne local and interstate removals done right. DLM Removals and Storage have been operating for over 18 years. Relocating both residents and businesses around Melbourne and beyond. Our trained team of professional Melbourne removalists are equipped to handle all types of loads. Specializing in Melbourne furniture removals. We can transport your goods interstate to virtually any locations you desire. Our fleet of trucks know no bounds and getting you moved from point A to point B is what we are all about.

DLM Removals & Storage have been operating as a preferred Melbourne interstate removalist for over 18 years. Providing transport for both home and office furniture. Our expertise regarding any Melbourne interstate removal service is second to none. We will secure your furniture on a truck for an interstate transportation by packing, wrapping and stacking your goods on a truck. Interstate moves are nothing new to DLM Removals & Storage. We will ensure your goods are moved safely and effectively interstate to and from Queensland, New South Wales, Victoria, Northern territory, Tasmania and the Australian Capital Territory.

DLM Removals Melbourne offers a removals and backloading service proven to save you dollars. With huge saving on our backloading options. Call for a non-obligation free quote. We usually try our best to make sure that all of our customer get a first class stress free budget removals quote. We are one company with which prices are affordable, and the quality of service is very high! utilize our free quotations system online that is available and has a very detailed list of options to make your quote even more specific. Be assured that we respect your privacy with detailed entered 100%. We guarantee that there are absolutely no hidden charges on all of our services.

DLM Removals and Storage, Melbourne Interstate and local removals values your time and effort, resources and money; we understand that home relocation can be an extra cost to you therefore we make sure that your confidence and trust is highly valued. All our services are completely covered by insurance and all our relocating vehicles are equipped with the most up to date satellite navigating system with maps to guarantee safe travels.

Providing an excellent Melbourne Interstate and local Removalist and backloading service to our clients in Melbourne at affordable rates! We can help you move anything from house furniture to Vehicles such as motorbikes, boats, cars and more. With storage depots in Brisbane, Gold Coast, Darwin, Sydney and Melbourne. Relocating you to your desired destination becomes easier because of the storage facilities available along the way.

We will move you anywhere in Melbourne from A to B hassle free even if your moving needs are very small. With affordable Melbourne Backloading options.

DLM Removals & Storage provide a total solution and stress free experience for all your furniture or motor vehicle relocation needs. Our fleet of trucks allow us to deliver a service at a very competitive rate. Our customers come first, resulting in business and customer referrals. So, if you are moving home to of from Melbourne or relocating anywhere in Australia we will make it happen. Simply give us a call and one of our friendly staff will be happy to help.

Why select DLM Removals & Storage as your preferred Melbourne Removalists?

Cardboard Boxes of all shapes and sizes for the perfect fit 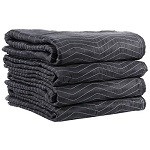 When it comes to move from Melbourne. There is no effortless way around getting the best price and reliable service. DLM Removals & Storage have been operating for over 18 years. Moving furniture goods both large and small for residents and businesses around Australia. Providing you with a cost-effective Melbourne removal service that is both reliable and easy!

DLM Removals and Storage will do pickups from the following suburbs around Melbourne.